Basic characteristic of Islamic heritage law, principally it has accepted the two-to-one ratio between the male and the female children/siblings in division of heritage. In Islamic inheritance law, the main/basic reason why the share of the male is twice the share of the female is no “value” judgments given to female/women in creation and gender in Islam, on the contrary, are real realities related with the roles and financial obligations that man and woman have undertaken, in other words, related with “socio-economic structure/fact” in the family and society structure foreseen by Islam. As a matter of fact, “need principle” is based on in division and succession of heritageand a fair arrangement has been made in accordance with the rights and responsibilities of the husband and wife in Islamic Law. In some classical tafsīr books, the concept of “degree” in the verse “... Men have a degree (right) over women” (Al-Baqara 2/228) mentioning the mutual rights and responsibilities of women and men; and the expression of “lil al-dhakari mithlu haẓẓ al-unthayain” in the verse –the inheritance of man is the share of two women– (Al-Nisā 4/11) mentioning the inheritance shares of boys and girls is interpreted against the woman by disregarding the intended purpose and socio-economic contexts of these verses. As a result of this interpretation, the share of men in inheritance is twice the share of women in Islamic law is ontologically (existential/creation) based on a justification that “man is superior to woman”. In this article/study, an analyticallook atthe interpretations in some classical tafsīr books on the axis of “daraja/degree” and “lil al-dhakari mithlu haẓẓ al-unthayain” that today sheds light on the sociological-historical background of depriving the daughter from the heritage will be made.

Summary: Just as there is no way to determine a person’s sex, it is not either possible by reason to have such an opportunity. - With the possibility of medical intervention nowadays - sex is determined by the discretion of the Supreme Creator rather than will. Indeed, it is mentioned in the Qur’ān: To Allah belongs the dominion of the heavens and the earth; He creates what he wills. He gives to whom He wills female [children], and He gives to whom He wills males (Al-Shūrā 42/49.)

In addition to human biological sex, there is also social gender. Indeed, the term “sex” refers to being biologically female or male, while the term "gender" refers to the social and cultural identity of a woman or man, or the social roles that occur in the historical process.

Accordingly, while it is not possible to determine biological sex (in normal circumstances in advance), determining gender is shaped by the cultural will of individuals and societies. As a matter of fact, gender is shaped according to the religions, customs and cultures of the societies and it shows differences according to time, culture and family structure. In this context, in the pre-Islamic Arab society, the gender of the girl or the woman was shaped by the custom of the ritual and customs. Indeed, it is a known fact that during the period of Jahiliyyah, in terms of social gender, the girl/woman has been deprived of many social and economic rights, especially heritage.

The Qur’ān has brought the girls who, in the period of Jahiliyyah, were oppressed in terms of gender, deprived of many social and economical rights, treated as second class human, embarrassed of themselves and buried alive, to the same position as man. In this context, as it is in every field in the direction of social structure and social conditions of that day, also in the field of inheritance law, a number of regulations were made in the Qur’ān and the Sunnah being the main sources of Islam.

However, in Islamic inheritance law, as a requirement of the structure of family and society accepted by Islam, in principle, “two-to-one” measures have been adopted between male and female children. As a matter of fact, in this aspect, it is mentioned in the Qur’ān: Allah instructs you concerning your children: for the male, what is equal to the share of two females (Al-Nisā 4/11.)

On one hand, the principle that Islamic law brings between boys and girls; Seems to be an inequality in terms of the arrangement in which "the inheritance share of the male child is twice the share of the female child", while on the other hand, within the border of in the family foreseen by Islam, this regulation has not been seen as an injustice and inequity by Muslim societies, because in Islamic family law, a man is obliged to ensure the livelihood of the family after marriage. He is also obliged to give his wife her mahr when marrying.

In Islamic inheritance law, “necessity principle” is taken as the basis of responsibility that women and man have undertaken in family and society. Therefore, even though giving nothing at all to those who are not in need and giving less to those who are in less need, giving too much to those who are in much need might seem contrary to the principle of equality, it is a necessity of the principle of justice and fairness. As a matter of fact, while "law equality, necessity in sharing" principle, law is arranged according to people's qualifications, goods and wealth sharing is divided according to the needs of people. In this context, there has been a fair division in Islamic heritage law based on the necessity, (distributive) justice and fairness principle. Indeed, the French philosopher Roger Garaudy (1913-2012), who chose /converted to Islam, evaluates the following about the proportion of male child in the Qur'an to that of female child: “When we consider that in the Arab society all the obligations of the family and of the care of the parents and of all the things that we call ‘social security’ today are put on the shoulders of the husband, the hereditary male child's share must be twice as high as the female child’s is”.

As Garaudy argues, the difference in the inheritance of women and men in Islamic inheritance law is not a legal discrimination/inequality, but a form of divisiveness stemming from a need based on the role and responsibility that women and men have undertaken in the family and society. Therefore, giving nothing to those who need nothing, giving little to those who need little, and giving a lot to those who need a lot ,even though may seem  contradictious to the principle of equality, it becomes a necessity of equity and (distributive) justice principle. In this case, in Islamic inheritance law, the basic reason why the share of the male child is twice the share of the female child, is social and economic reasons and it is possible to rank them as follows:

1) According to Islamic law, women are not obliged to make their own economic livelihoods. The woman’s economic responsibility belongs to her father or brothers before marriage, and then to her husband after marriage.

2) When a woman is married she is not responsible for herself or other family members’ livelihood. The male is obliged to make a living for himself, his wife and his children.

3) While married, the male is obliged to give the wife mahr. The woman has no such responsibility.

As it is understood from the above explanations, in Islamic inheritance law, the basic reason why the share of the male child is twice the share of the female child is not about the ontologically “value” based on creation and sex given to the woman (girl child) in Islam. On the contrary, it is the real facts concerning the family and society structure that Islam predicts, the roles and financial obligations that man and woman have undertaken, namely “socio-economic structure/fact”.

In some commentaries in classical commentary books, the rights and responsibilities of women and men are referred to, like: the word “degree” mentioned in: …but the men have a degree over them [in responsibility and authority (Al-Baqara 2/228), and the talk about the inheritance shares of boys and girls in: for the male, what is equal to the share of two females (Al-Nisā 4/11). Eventually, the concepts “lil al-dhakari mithlu haẓẓ al-unthayain” have been associated with the gender of the woman/girl child ontologically (based on social fact) by ignoring the referent purpose and socio-economic contexts of these verses. As a result of these interpretations, it was desired that the Islamic law principle of inheritance share of male child being twice the share of female child, ontologically, should be based on a justification that “man is superior to woman”.

In this study, some of the era’s dominant culture classical interpretations grounding women's inheritances share on her gender and based on the axis of the concepts of "degree" and “lil al-dhakari mithlu haẓẓ al-unthayain” in the related verses of the Qur'ān will be elaborated. 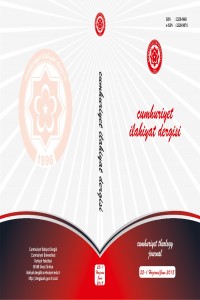